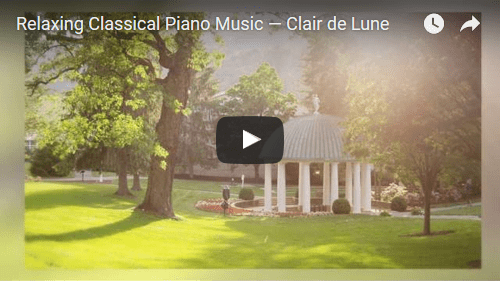 License & Download Clair de Lune This classical piano piece is relaxing and has a timeless quality to it that makes it blend seamlessly when used in association with video and stills of luxury and relaxation, as our video demonstrates. Unlike contemporary music this piece never sounds dated and with its grand and sophisticated melodies it conjures […]

Royalty free classical music as background music fits a variety of broadcast and media productions including movies, TV, Commercials, Exhibitions, Tradeshows and music on hold. Classical music has often been used in films, for example, the opening fanfare of Richard Strauss’ ‘Also Sprach Zarathustra’ became well known for its use in the film ‘2001: A […]