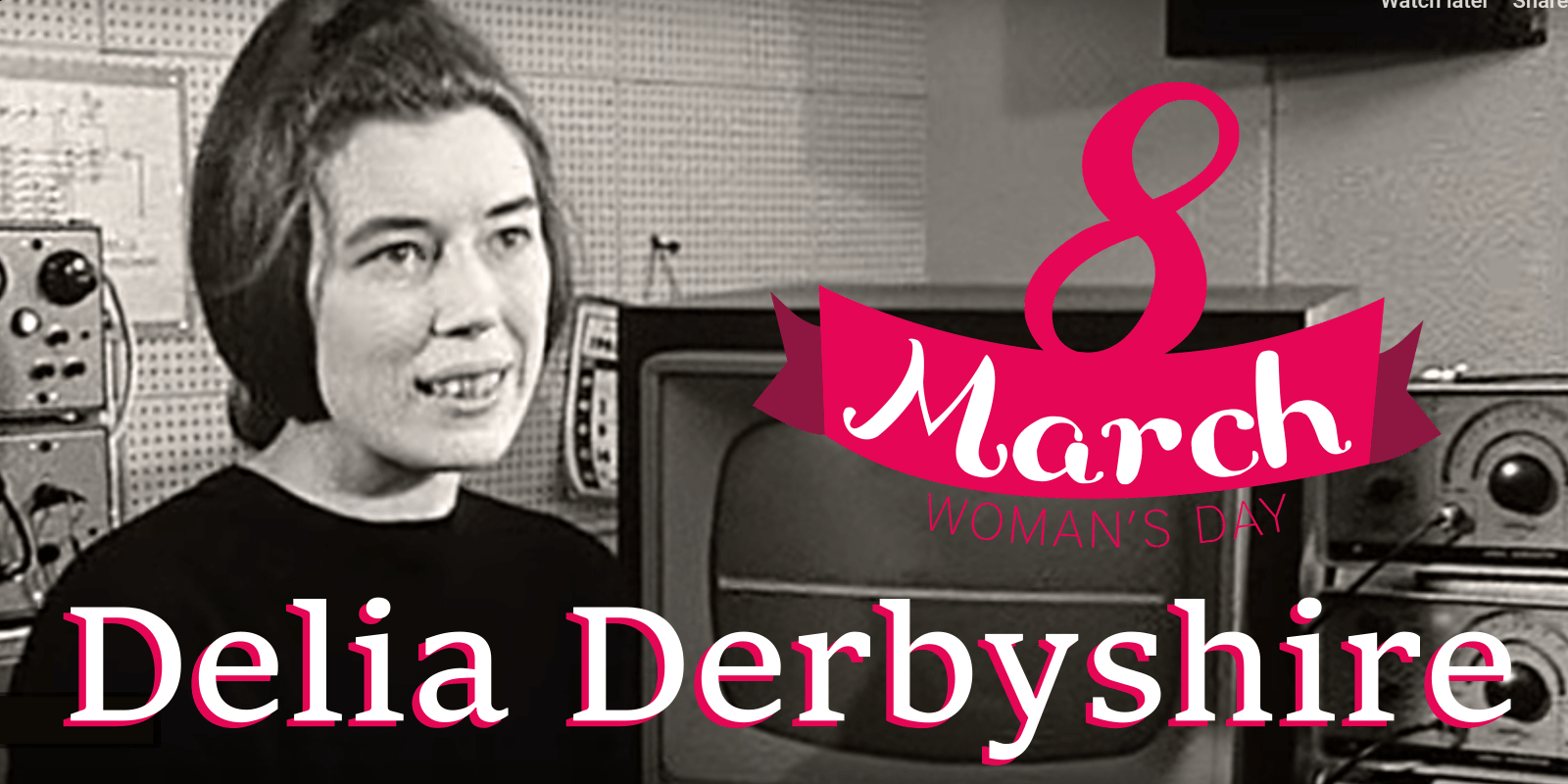 International Women’s Day is the perfect time to celebrate the work and life of Delia Derbyshire.

Born in Coventry, England, in 1937, against the odds, she became one of the pioneers of electronic music.

After her education, Delia wanted to work in music, however, in the 1950’s, the lack of equality in the workplace meant that Delia met resistance. Decca records told Delia that they did not employ women in their recording studios.

Fortunately, Delia managed to get a place as a trainee at the BBC Radiophonic workshop where she became one of the pioneers of electronic music.

One of her most known works was the 1960’s Dr Who theme. Unfortunately, at the time she was not credited for it.

At the time, all of the sounds were recorded on reel-to-reel tape. These tapes had to be cut with razor blades and taped back together to make edits. Multitrack tape did not exist so she had to use multiple tape machines to achieve multitrack recording and playback. This is discussed and shown in this video.

The music of Delia Derbyshire was undoubtedly instrumental in shaping modern music and she left a lasting impression on the world. Thank you Delia and Happy International Women’s Day!